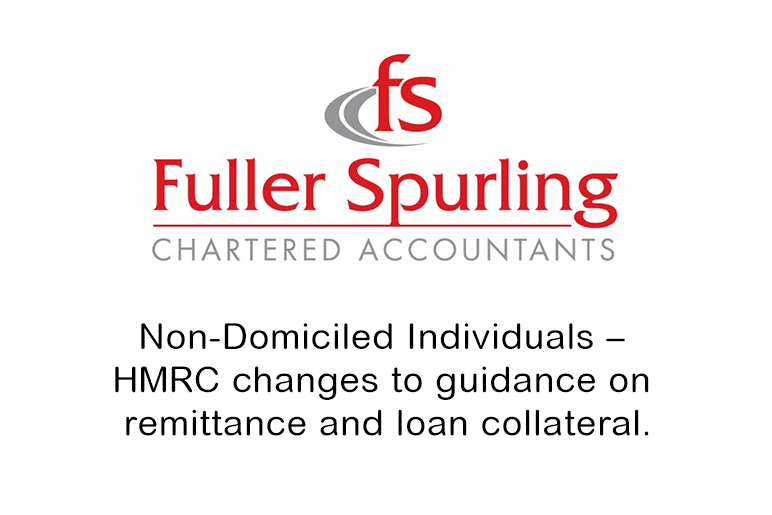 Posted on 18th July 2021 at 15:18
Previously HMRC had published guidance in relation to the remittance of foreign income and gains that have been retained offshore but used as loan collateral in relation to loans with a UK purpose.
This guidance stated that foreign income and gains would be treated as remitted if they were used in respect of a “relevant debt”. Relevant debt is any debt that relates, directly or indirectly, to money, property or services being brought into the UK either for the benefit or the enjoyment of the individual.
Previously, HMRC would only regard the amount of the relevant debt in relation to quantifying the remittance. This would be capped at the amount of the relevant debt.
New guidance has been issued that states that this cap will now no longer be relevant.
According to guidance at RDRM37050 where an asset is used as collateral and it has a higher value than the debt, the whole of the asset will be treated as remitted.
For example, if an account overseas containing £1.5m is secured against a £1m loan in the UK, the entire £1.5m will be treated as remitted to the UK.
Taxpayers must ensure that their funds are structured correctly overseas and if a non-domiciled individual acquires a UK domicile of choice or is deemed domiciled after 15 years of residence, a new structure will need to be put in place to separate income and gains arising after the point of change in domicile status.

Please do let us know if you have any questions or if you need any further help understanding the rules. – please call us on 01932 564098 or message us here.

This article was produced in July 2021 – please always check with Fuller Spurling that information is current, up to date and applicable to your situation.
Tagged as: Residence and Domicile
Share this post: